Few areas of car detailing are as misunderstood as buffing or polishing. In the past, automotive detailing experts applied wax and worked polish into paint manually. Though this might have worked with urethane paints and single-stage lacquer in the past, it no longer does. This is because the paints used for cars nowadays are delicate and multi-stage ones. They are thus quite challenging and time-tasking to apply manually. Polishing involves the working of a product such as polish onto a surface to alter its look and ready it for painting.

When investing in an auto paint spray booth, you will hardly achieve your clients’ desired results without a polisher. This machine comprises four primary components, including a pad, spindle, motor, and backing plate. The variable-speed motor will drive the spindle that holds the machine’s backing plate. The backing plate, in turn, holds the microfiber, wool or foam pads that will work a polish onto a car’s surface. The following are the automotive polisher alternatives you have for your business.

These look like angle grinders since they evolved from the latter. They work through circular motions with an axis at the spindle’s center and rotate in one direction. The outer diameters of the pad of a rotary buffer will rotate faster compared to the interior diameter. This makes large pads the best for this buffer because they are aggressive. Even so, the pads’ diameters do not affect the buffer’s performance. Care and optimal training are essential when using rotary buffers since the pressure they generate is considerable and might cause swirls, holograms, and burns when left for too long on one spot. 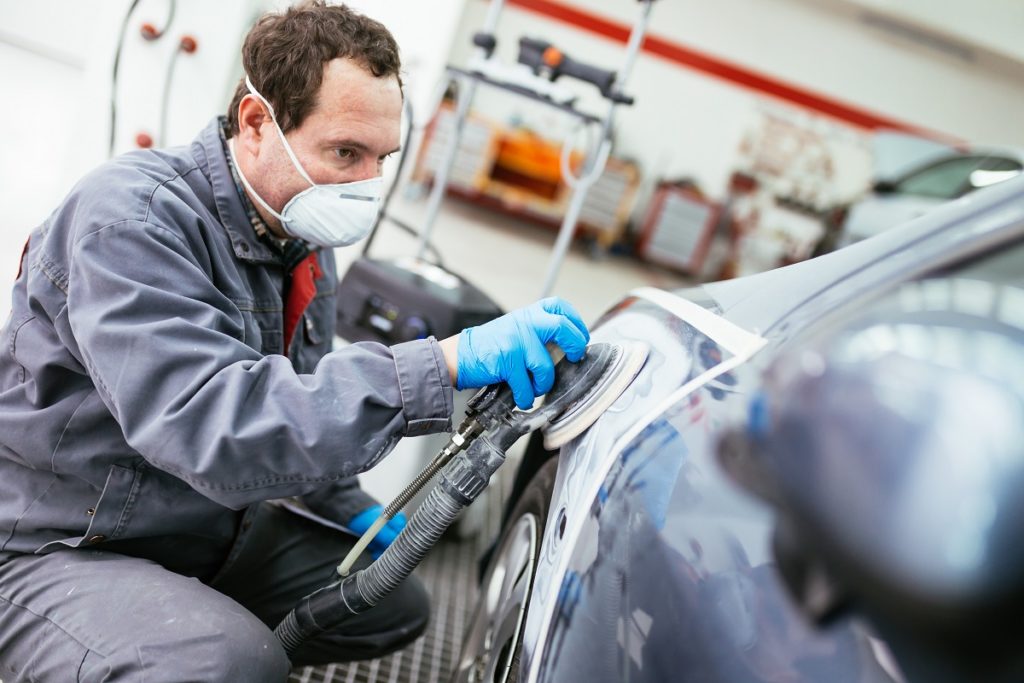 These are also called wax spreaders. They have an almost bell shape and top-mounted motors. Fixed orbital polishers are low-speed, low-amperage machines with large pads that oscillate around a fixed axis, their motion closely mimics that of manual waxing. Their low speeds and power nonetheless only make them suitable for the removal of superficial defects. The vibration a fixed orbital polisher generates is also rather uncomfortable for extended periods.

These are the most popular machines for polishing and compounding clear automotive paints. They have spindles that are often mounted perpendicularly to their motors and are quite large to balance their polisher’s actions. The polishers are known as dual-action because their pads spin on axes that offset from the axes of their spindles’ spinning. The polisher has minimal noise, weight, and noise, meaning you can handle considerable workloads without getting tired.

These have pads spinning on an offset from a spindle’s axis. The pad is, however, driven by a gear set rather than by its orbiting motion like in other polishers. This means the pad does not stop spinning when excess pressure is applied. Though tiring, a forced action orbital polisher allows you to remove deep-seated defects fast and polish tight curves and areas.

The essence of a defect-free surface for painting in automotive detailing cannot be overstated. The above polishers will ensure optimal surface preparation. They thus are worth investing in when aiming for an exceptional paint job.