Plastered All Over the Walls: Lime and Gypsum Rule

The term ‘plaster’ comes from an ancient Greek word ‘emplastron’ that means to daub or salve. Evidence of walls being plastered date back to 7,500 BC in Jordan, where mud, reeds and burnt limestone were mixed to form a protective layer. The Egyptians adopted and improved plastering, using a mixture of gypsum and lime to cover the walls of their palaces. The lining allowed them to add hieroglyphics and decorate the wall surfaces. People still use such plastering and drylining skills and tools today, showing the resilience of this building technique over the centuries.

From burnt rock to wall liner

Plaster is a product from baking limestone or gypsum. Limestone is made from calcium carbonate, and its burnt form is often referred to as lime. Gypsum is a softer mineral of calcium sulfate dihydrate.

After heating, the rock material is ground into powder. The powder is mixed with various additives, commonly sand or marble, to produce different qualities and appearances to the powder. Lime or gypsum are the main ingredients since they act as binders that give the plaster its strength and permeability. You can further categorise lime binders as hydrated, natural hydraulic and natural cement, each with different qualities. For example, gypsum plaster has excellent permeability, and lime plaster is stronger. 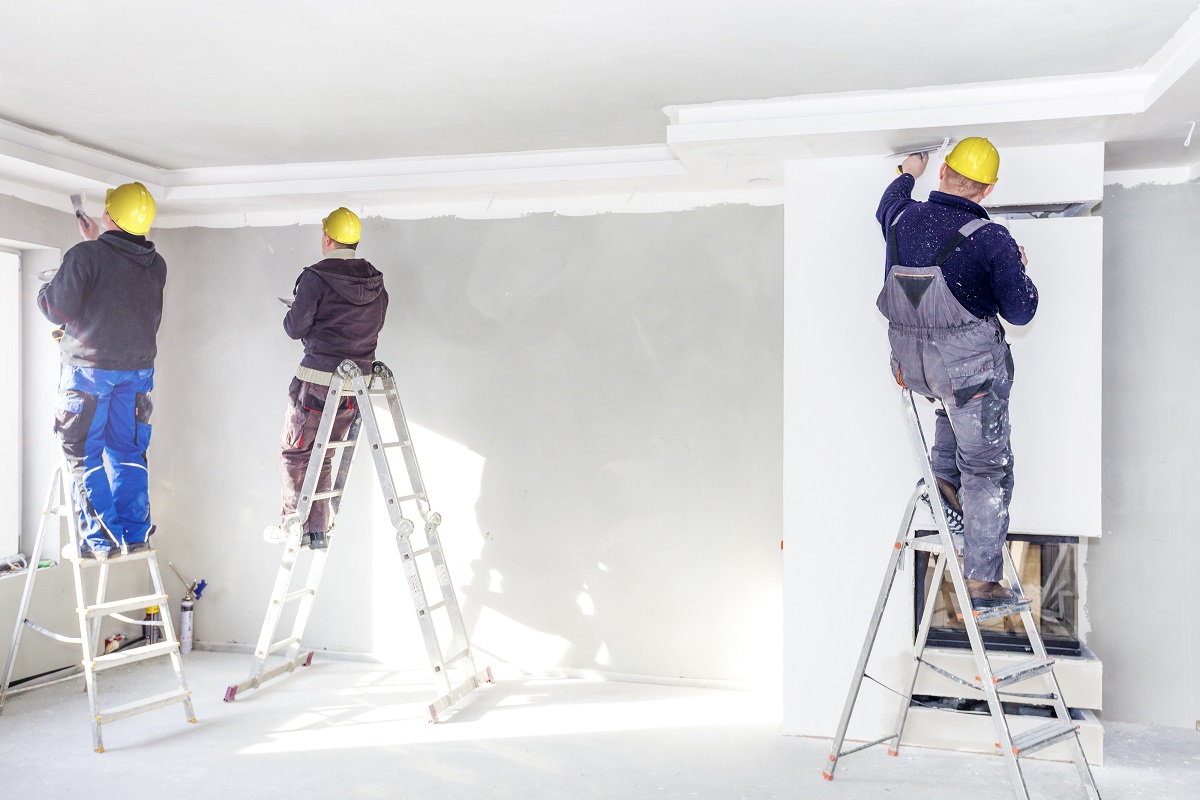 With the development of plaster came professional plasterers. The 16th-century Bavaria saw the elaborate internal plasterwork used in wealthy homes. By the 18th century, oil mastics became popular in the UK to provide better weather resistance. With each advance, the trade became more skilled.

Up to the second world war, most plastering involved workers nailing lengths of timber, called laths, to the wall studs and applying several layers of plaster. The gaps between the laths created a plaster key for the base coat, which helped the layer stick to the wall. Normally, the work also required a second coat and topcoat.

With a brick wall, workers usually applied a plaster undercoat layer directly to the wall. When the war ended, a shortage of skilled workers hindered the effort to provide new housing. The industry needed a different technique to make the process of plastering both simpler and quicker.

Plasterboard was invented in 1910 and started to be commercially viable in 1930. The process of installing plasterboard is often known as drywalling or drylining. The plasterers nail or glue the board to wooden studs or the surface of a brick wall.

Plasterboard is made from extruded gypsum plaster between two thick sheets of paper into a panel. Before being formed, the gypsum is heated, so the water evaporates, then slightly rehydrated into a hemihydrate. The gypsum is mixed with fibres, plasticisers and a foaming agent. Other additives help decrease the risk of mildew, lower water absorption or act as a fire retardant. The panel is left to dry afterwards.

Wet and Dry: Pros and Cons

Wet plastering is highly skilled and more labour-intensive. But it is more resilient and gives a higher quality look. Plastering is also more adaptable, giving a smooth and strong finish, whatever the shape. Wet plastering provides a better seal and is more airtight than drylined walls.

Drylining a wall, on the other hand, is quicker. It requires less skill and is cheaper. The cavity created between the wall and the plasterboard, or in a stud wall partition, allows workers to add layers for soundproofing and temperature insulation and fire control. The plaster is already dry, reducing problems with cracking.

The choice between plastering and drylining is dependent on many factors. Whatever decision is taken, the main materials used are the same and are still an attractive option despite the advances in construction technology and building materials.